THE ‘LITTLE RUSSIA’ MALWARE IN OUR BRAINS 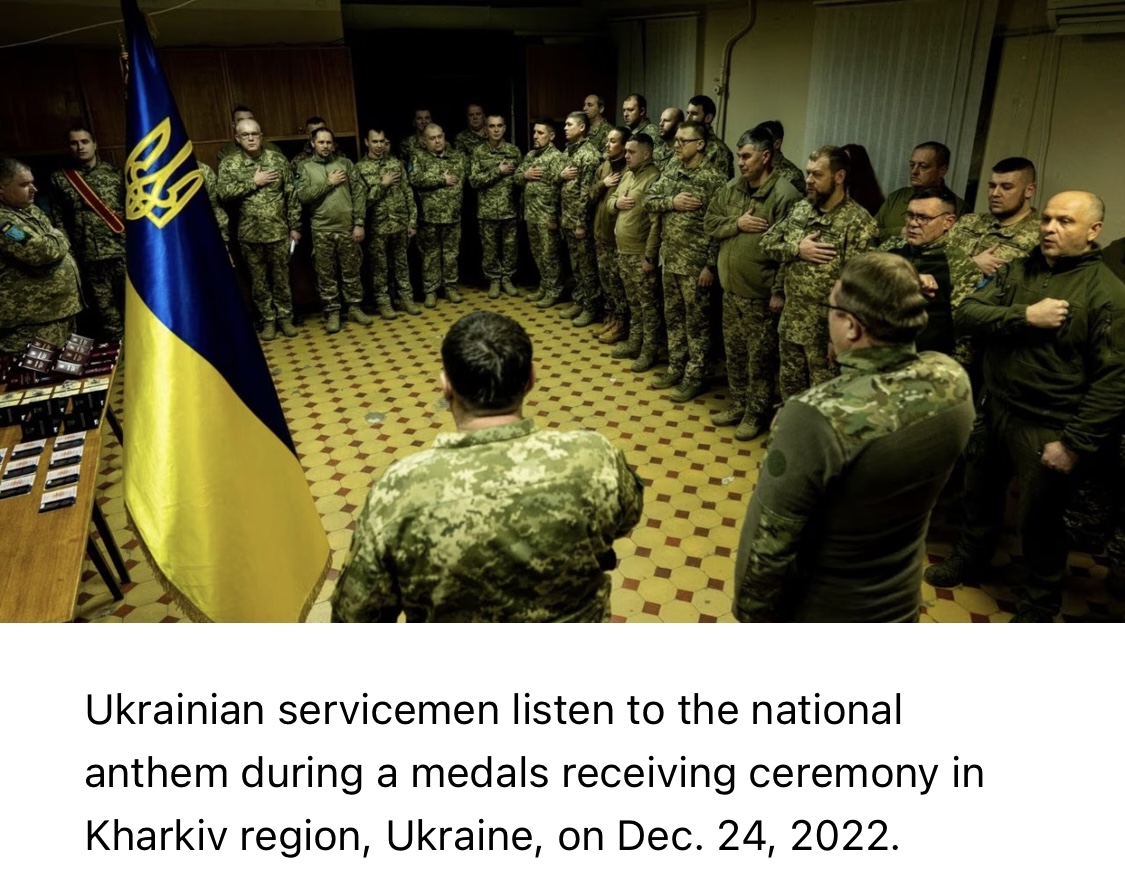 With the collapse of the Russian Empire in 1918, Ukraine declared independence and was promptly invaded by both the Russian monarchist White Army and Vladimir Lenin’s Red Army. Desperate to make itself known to the West, Ukraine sent its national chorus abroad as a cultural ambassador. After dozens of performances in Europe, it arrived in New York in 1922.  It  introduced to the American public what would become known as “Carol of the Bells” at Carnegie Hall. By that time, Ukraine had been overrun by Russian forces, a bloodbath being repeated today. The composer, Mykola Leontovych, was murdered and the extermination of Ukraine’s cultural, political, religious and intellectual strata accelerated.

Regardless, for five and a half years, the chorus toured 200 cities in 17 countries, performed more than 600 concerts, and received more than 1,300 reviews from the world press. Its mission was embedded in the New York Times headline: “50 RUSSIAN SINGERS LAND IN GAY DRESS; Part of Ukrainian National Chorus Arrives.”

In 1935, English journalist Lancelot Lawton explained to the House of Commons: “That so little has been heard of it [Ukraine] is not surprising; for suppression of Ukrainian nationality has been persistently accompanied by obliteration of the very word ‘Ukraine’ and concealment of the very existence of Ukrainians. … The deliberate policy of Russia was to avoid and discourage mention of Ukraine abroad. From the Middle Ages down to the 18th century, Ukraine figured largely in European literature. But after the first half of the 19th century, the West was made to forget that there was or had been such a nation. [It] constitutes one of the major political deceptions of history.”

Academia curated the dezinform. After Lenin’s 1917 coup d’état, émigré Russian academics transplanted to Western universities the imperial rewrite of Russian history. It was Olympian. Vaulting over a chasm of half a millennium between the destruction of the medieval Kyivan Rus’ state and the rise of one of its former colonial outposts (“Muscovy”), the latter declared dominion over the former. Chronology was reversed and history somersaulted — Ukraine now erased as “Little Russia” was born. Successive generations of Western savants absorbed to their innermost core the canonicity of Russia’s continuum from Kyivan Rus,’ citing one another as authority to the point of hypnotic stasis. Little wonder that, when Ukraine burst upon the international scene in 2004 and again in 2014, we saw books titled “The Ukrainians: Unexpected Nation” and “Borderland.”

Western experts and laymen have been in lockstep with their Russian counterparts, sub silentio endorsing Fyodor Dostoyevsky’s encyclical:  “All people should become Russian and Russian above all else, because the Russian national idea is universal.” Russia expert George Kennan saw Ukraine as simply Russia’s “Pennsylvania.” Another diplomat, Condoleezza Rice, wrote that for Russia, “losing” Ukraine was like the U.S. “losing the original 13 colonies.” For Henry Kissinger, “Russian history began in what was called Kievan-Rus’.” President Clintonand Fiona Hill spoke of “a thousand years of Russian history.” For the State Department, Ukraine was Russia’s “corn belt,” and President George H.W. Bush recorded Ukraine as “Russia’s Mid-West.” And the Brookings Institution published, “It [“Kiev”] was, in fact, the first capital of Russia.”

Little wonder that the reference to “the Ukraine” in the introduction of President Volodymyr Zelensky at the recent joint session of Congress was conditioned reflex, the tyranny of the style manual being only now rewritten.

Apply Russia’s mutilated logic to other geography or time in history. Analogizing the Kyivan Rus’ state to the Roman Empire would mean that today’s Romania (or Spain, France, Israel or other Roman territory) can claim Rome as the beginning of its history, and today’s Italians as simply disoriented Romanians (or Spaniards, etc.). The U.S. should claim London as the beginning of American history, and Englishmen as Americans. Spaniards are really Mexicans, Cubans or Argentinians. Even then, these two analogies are understatements since, unlike English and Spanish emigration to the New World, there was no corollary migration from  Ukraine to Russia. Accordingly, the two examples should more accurately conclude that it’s the indigenous populations of the New World who should lay claims to European capitals and nations as their patrimony. Mayan history begins in Madrid.

But isn’t “Rus’” really “Russia”? The name game would mean that Brittany, the northwest province of France, establishes today’s Frenchmen as British, or perhaps the reverse. Anglo-Saxons are really half German (or Germans are Englishmen). The Brits date their history back to William the Conqueror, a second-generation Viking from France’s Normandy, then settled by Vikings — today’s Danes, Swedes, Norwegians. If Englishmen are not Americans, maybe then they are French (or the other way around), or are the Swedes really English? Maybe Danes are Englishmen? Perhaps that makes Englishmen Norwegians. The German term for France is “Frankreich,” after the Germanic tribe, the Franks. So, Germans are really Frenchmen  or, again, is it the other way around? Necessary extensions of Russia’s — and our — reality reversal are endless.

The real-world consequences are lethal. Russia’s catechism is the malware in our brains. It’s the MSG for “negotiations” and a “diplomatic solution,” and nourishes self-deterrence. It breaks our resolve, emboldens Russia, and then subverts our response. How can it be otherwise if “Ukraine is Russia’s patrimony”? William Burns, CIA director and former ambassador to Russia, wrote that NATO membership for Ukraine would be a “serious strategic mistake” due to Russia’s “deep historical attachment”  to Ukraine, noting that we must be “mindful of Russia’s interests and sensibilities.”

The result serves as an analgesic for a self-choreographed pirouette away from the “international order.” How would we have responded if Russia’s sadism instead enveloped Italy, France or even Poland, never mind their NATO status? Or, what if a remilitarized Germany invaded and occupied Denmark? Would we have merely wagged our finger for eight years, imposing an arms embargo and then handcuffing their weapons use? Since Ukraine is not a “normal country,” such as, e.g., France, the visceral imperatives for recouping Ukraine’s sovereignty apparently are miniaturized. What did our endorsement of the infamous Minsk protocols signify?

How, then, to comprehend the irreconcilable — Russia’s war crimes, atrocities, crimes against humanity and genocide against “one people” who are a “historic part” of Russia”? It’s the very hologram that we’ve codified.

First, go back a few centuries to the scholar and clergyman, Paul of Aleppo (Syria):

“Although a stranger, I felt myself at home in Ukraine. But in Muscovy my heart felt heavy, for wherever I went no one was even a little free. … Those who want to shorten their life by 15 years must go to the land of Muscovy. In Ukraine I found joy in life, freedom and civilization.  The Ukrainians are learned. They like science and study the law. They know rhetoric, logic and philosophy. Practically all the inhabitants can read and write. … They are great lovers of their liberty, without which they do not desire to live.”

Then ponder the Marquis de Custine’s “Journey For Our Time,” where he quotes a Russian nobleman: “[Russia] remakes the facts, it wages war on evidence, and triumphs in the battle.” That was in 1839. 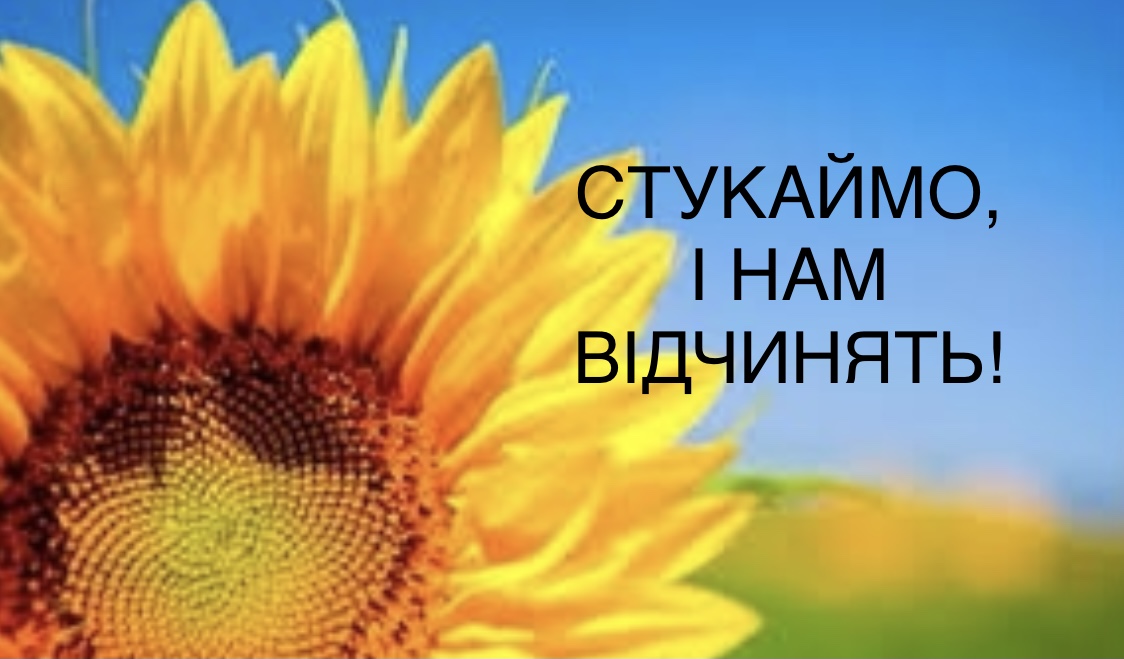 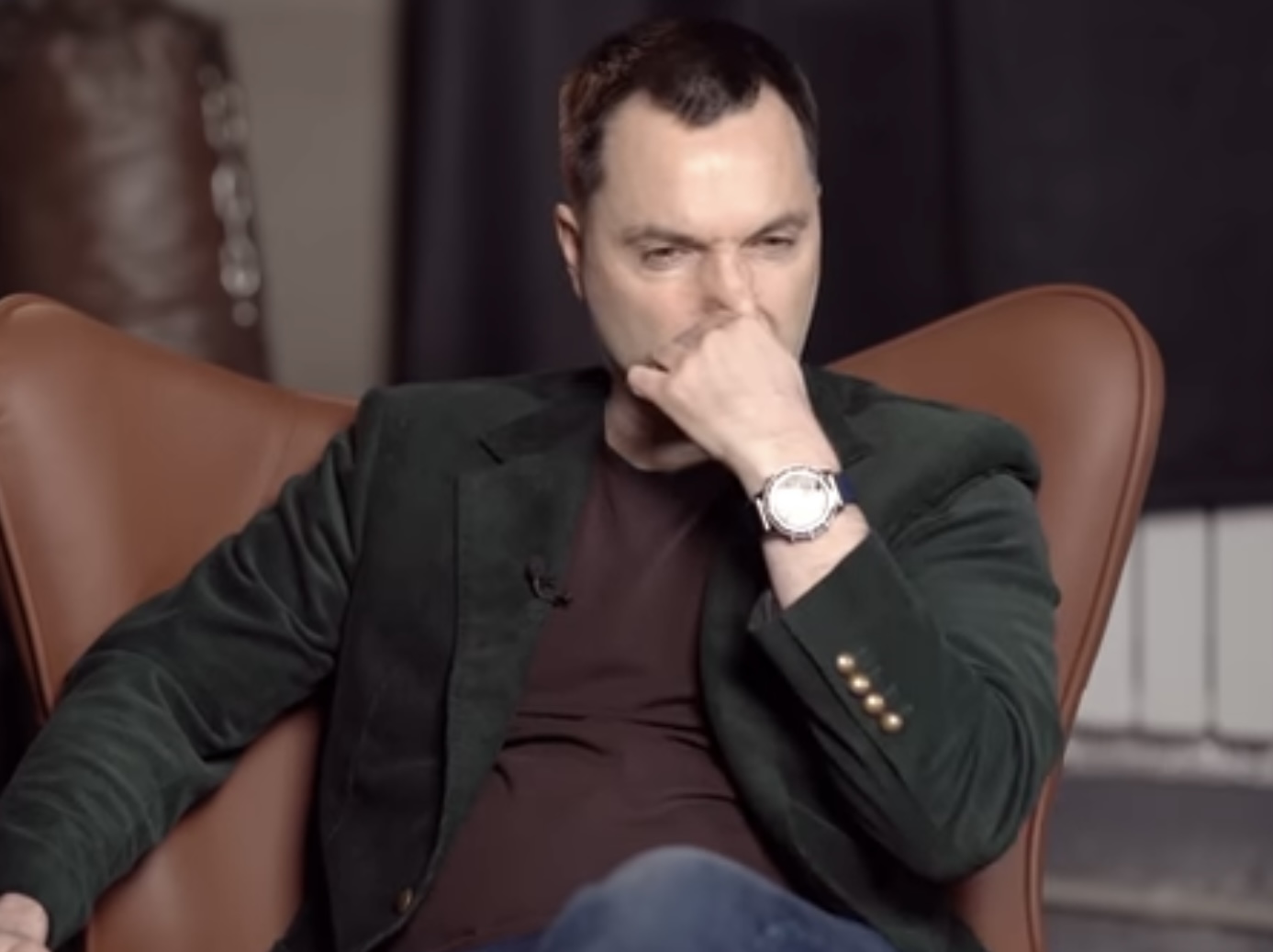